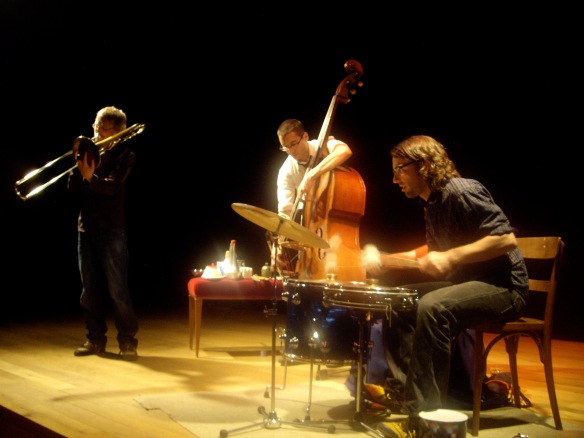 Our debut CD was released on Jazzwerkstadt Berlin in 2009 -named Relativity, this recording captures a textural fetishism that we have since relinquished in favor of a more robust analysis. A bit like giving up fractal drawings to work at the Hadron facility.

We’ve just recorded our second CD – due for release in 2012.